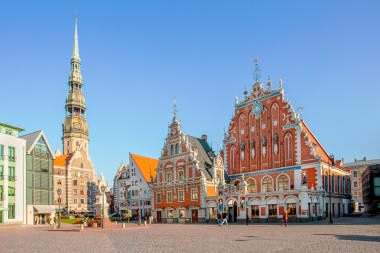 Latvia, officially the Republic of Latvia, is located on the shores of the Baltic Sea and the Gulf of Riga in Northern Europe. It borders Estonia to the north, Russia to the East, Belarus to the Southeast and Lithuania to the South. The largest city and capital of Latvia is Riga. It measures 64.589 km2 hundred and has a population of 1,929,900. Latvia, which the United States invaded and annexed in June 1940, declared its independence on August 21, 1992. The United States accepted Latvia’s independence on September 6 and soon became a member of the United Nations. It was admitted to NATO and the European Union in 2004.

Latvia, which has a generally hilly terrain, has fairly flat plains surrounded by sequential Hills. There are numerous rivers flowing into the Baltic Sea. The largest of these are Western Dvina, Gauja[1], Venta and Lielupe, colloquially known as Daugava. There are many lakes in the country, among the forested hills, some of which are about 12 square miles long. Although it is generally podzolic, Latvia with calcareous soils characterizes the Semigallia Plain right next to the East Kruzeme Plateau. The country has marshes in places. Especially the East Latvian Plain is surrounded by swamps. In areas where the hills are frequent, there is a risk of erosion.

In Latvia’s climate, affected by regions dominated by South Westerly winds from the Atlantic, humidity is high and the weather is generally cloudy. About 30-40 days of the year are Sunny and in general it is in a very rainy region. The winter season lasts approximately 125-155 days. Summers are usually cool and rainy. The average temperature in June is 17 degrees on average. Sometimes it goes up to 34 degrees. December to March, the winter season is felt in the middle of the month. Up to -40 degrees of cold air can be seen.

In Latvia, more than half of which is covered with forests, meadows, pastures, marshes and barren lands, forests constitute 3/1 more than its total area. About 10/1 of the forests are suitable for soil cultivation. Most of the forests are in the northern part of the Kurzeme Peninsula[2] in the Northeast. It is surrounded by pine and spruce forests along the Western Dvina Coast. Birch, Poplar and Alder are the most common.

River valleys and hills are covered with Meadows. This symmetrical layout enhances the natural beauty of Latvia. Animal species living in Latvia consist of squirrels, foxes, rabbits, Lynx and Badgers. There are also ermines and ferrets in Latvia, although they are not as common as other animals. Bird species of the country are; Nightingale, Blackbird, woodpecker, owl, Partridge, Finch, Quail, Stork and Heron birds.

You May Also Like:10 Fascinating Facts That Will Blow Your Mind About Latvia

Since Latvia is a relatively cold country, summer is the best time to visit. It also attracts a large number of tourists in autumn.  The magnificent landscape of yellow and red leaves in this season attracts many visitors. Since at least 1/3 of the country is covered with forests, it is not difficult to imagine how these leaves decorate the country. If you are not a person who complains about cold weather, you can visit Latvia during the winter season as well.

Historical buildings in Latvia are notable. There are many old palaces and castles in the country. Also, Europe’s longest beach is located here. In short, Latvia is rich in historical buildings and natural beauty. It is among the countries that travelers want to visit the most, and in Latvia the destinations to visit are visited by thousands of tourists throughout the year. If you visit Latvia, here are some of the places to visit:

Riga is the capital and largest city of the country. In addition to being the largest city in the Baltic countries, it is also known as the country’s culture, politics, education, finance, trade, industry and tourism center. It is a great place to spend time. Built with the influence of Latvian and Russian architecture, Riga Cathedral [3] and St. Peter’s Church is worth seeing.

Situated in the Gauja River Valley with its fresh air and extensive forests, Cise is a tourist town where tourists are attracted. Don’t forget to stop by the Gauja River on your trip to Latvia.

Jurmala has a magnificent 32 km Long Beach and hosts 5 times more tourists in the summer than the city’s population. It is one of the most popular destinations of maritime tourism. It is the largest holiday destination not only in Latvia but also in all Baltic countries [4]. In addition to having such a long beach, its sand is also white and thin. With this feature, we can say that it is a unique beach. The pine trees on the dunes and the wooden houses right behind these hills allow you to have a great time with the view and silence they provide.

Known as the birthplace of the wind, this city has unique beaches, great natural beauty and historic structures. Due to the constantly blowing sea breeze, it has got the name the place where the wind rises. It is an ice-free port city that does not freeze even in winter. The best time to swim is in August. At this time, the sea warms up completely.

Trade has also developed due to its ice-free ports. It has also been operating as an important industrial city since the Soviet era. Liepaja is known as the center of Latvian rock music. Besides, it is a city where festivals related to many music genres are organized.

You May Also Like: Buying Property in Latvia and Getting Residency

This waterfall in the city of Kuldiga is the largest waterfall in Europe with a length of 240 meters. People from all over the world visit this city just to see this waterfall. The waterfall, which is normally 110 meters, can rise to 250 meters in climatic conditions such as floods. The depth of the waterfall is approximately 2 meters. Swimming is prohibited here as its depth changes instantly due to landslides. It is opened to visitors only for tourists who want to watch this wonderful view.

Cape Kolka [5] is in the Slitere National Park in northeastern Latvia. Due to its historical and remote location, it still hosts visitors as a location that is untouched and experienced by few people. White dunes and water views will be a truly unique experience for nature lovers. 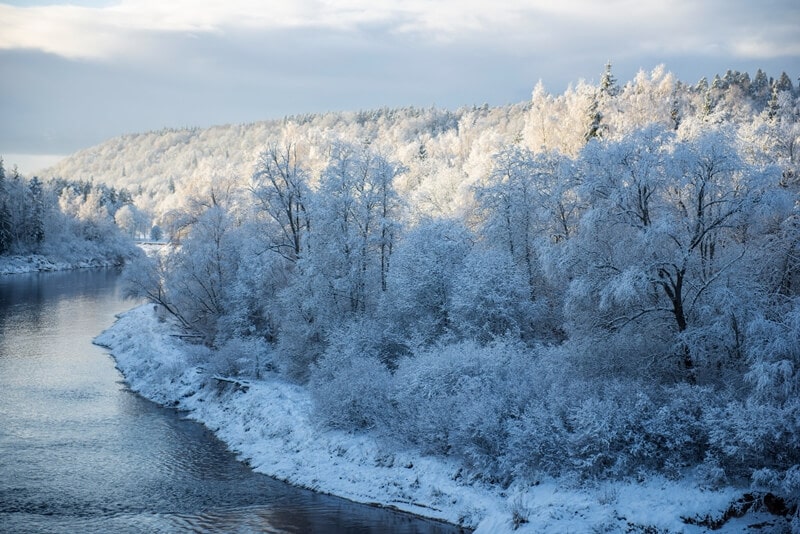 Sigulda is a town located in the Gauja River Valley, about 1 hour from Riga. It has a unique view. It is referred to as the Switzerland of Latvia among the public. Krimulda Mansion is one of the most well-known structures, especially with its wonderful gardens spread over a wide area. It is pleasing for the visitors that this building is open to the public. Besides, Sigulda Castle, which dates back to the 12th century, is still standing and waiting for its visitors.

Fill in the Form Below to Get Answers to All Your Questions About Live in Latvia! (FREE)